Sonumbra de Vincy is a site-specific installation created as a responsive environment to connect the wider atmospheric changes across Europe with a basement chamber in Chateau de Vincy.

Three columns defined by charged lines of light spring from the ground to define an ephemeral space reminiscent of a classical vault. Each of the three spiralling vortices represents a European city: Geneva, Madrid and London. And like the ever-changing weather conditions in those cities the lacework changes seasonally by a software that translates data from the METAR Aviation weather network into animated patterns of light.

The work is deeply rooted in the origins of human science and technology – the traditional practices of geometry and textile crafts – yet reaches towards the present condition of fast paced cultural change, which continues to challenge our relationship to our past and our planetary home. By crafting together the delicacy of hand-made lace, scaled to architectural dimensions, with some of the most current advances in material science and digital media, the work synthesises a long lineage of cultural practice.

The extreme weather and climatic swings we have been experiencing over the past years are part of a global and worldwide pattern, a large encompassing organism that acts as the meeting place of all human activity.
As scientific and technological progress has given us powerful tools to expand our knowledge, it also allowed us to work on a scale far beyond the human. Now the whole world has become a laboratory and it becomes increasingly difficult to judge whether our experiments are well or badly designed.
Our understanding of the weather has been deeply influenced by Nikola Tesla, who uncovered the gigantic electrical currents that underlie many atmospheric phenomena. Tesla experimented with the ionosphere, the uppermost part of the atmosphere, distinguished because it is ionized by solar radiation. It plays an important part in atmospheric electricity and forms the inner edge of the magnetosphere.

The installation consists of 4000 meters of illuminating wire handcrafted into 18 large-scale lace panels that form 3 columns of animated light. The entire piece is an electrical circuit with 288 individual light outputs connected to 12 custom electronic driver units, which are controlled by a computer running a custom designed software that collects online weather data and translates them into animated patterns of light. 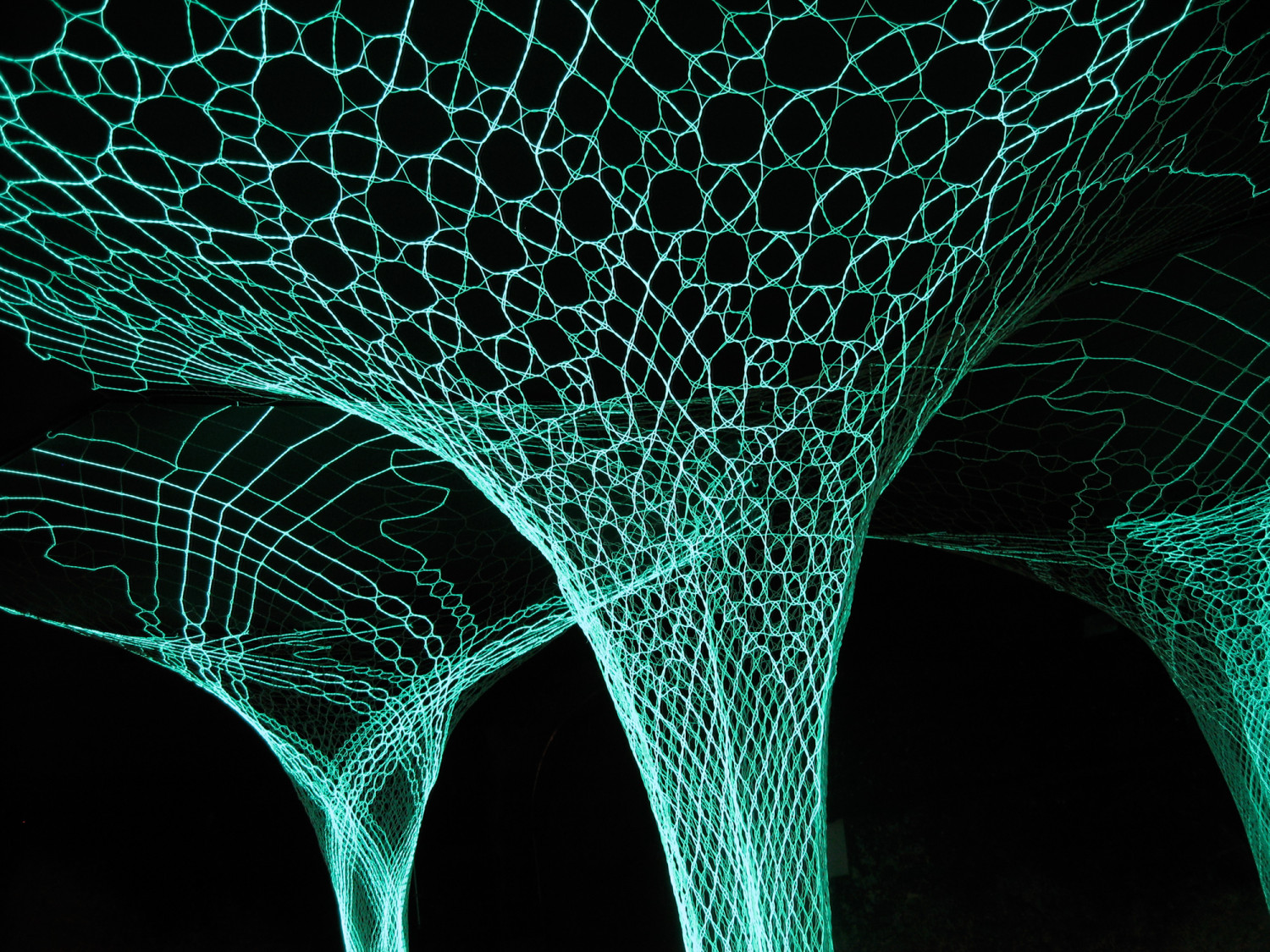