Garden City, What If?

This was the 3rd Art-Ovrag cultural festival held in Vyksa, Russia. The festival seamlessly merged street art with installation art to create an accessible event that transformed public space.

This years theme was the Garden City and we responded with a public workshop and permanent Archilace installation that explored the notion of place-making through the collectively renaming of a place. We ran a short futuring and mapping workshop with local residents in order to re-name and re-language a place in the city as a way of dreaming up new stories and possible futures. We were interested in how the collective naming of a place could encourage new behaviours and positive action around the theme of the ‘Garden City’.

In addition to the workshop we used the towns social networking site that has over 30,000 subscribers to suggest and vote for a new name for part of Vyksa. After many suggestions the most important collective value and word that emerged from this huge group of people was Happiness or ‘СЧАСТЬЕ’ in Russian.

There was then three days of hands on ‘urban crafting’ where we used the Archilace technique of weaving circles to create huge lightweight 3D letters spelling СЧАСТЬЕ. These human sized letters where literally planted on top of a small utility building in the centre of town that had been consumed by a wild grape vine. The word was planted both metaphorically and physically. The wild plant was twisted, there was an intricate process of cutting the brush surrounding it, trained into the letters so that over time the word will grow into a lush, green and positive statement. 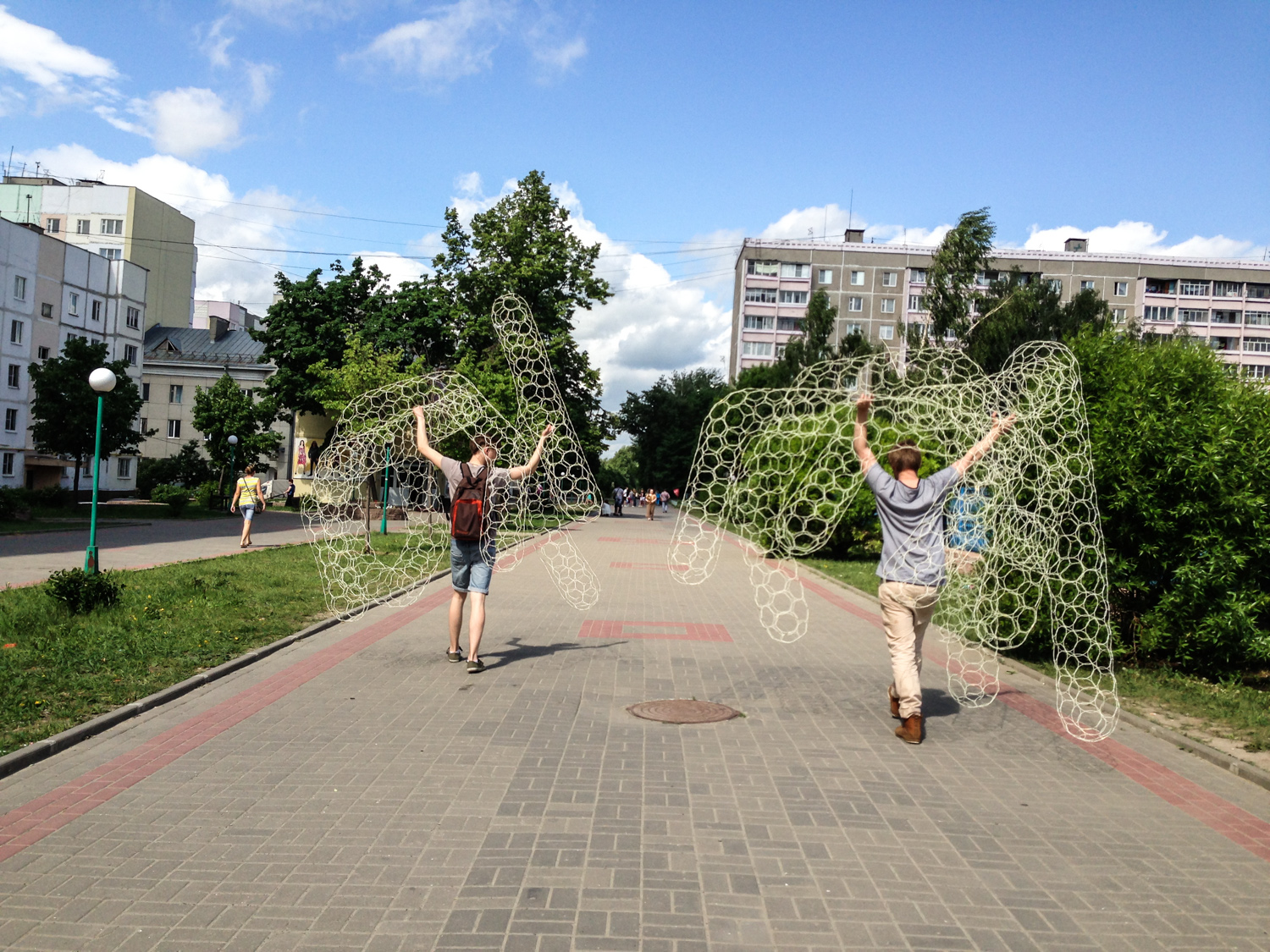 After 9 days in Vyksa we travelled back to Moscow to give a lecture at the Strelka Institute and talked about the initiative MetaboliCity and ‘designing for life’.