Spiratomic Space is a generative, emergent light and sound environment with a luminous and responsive growth.

Once activated the installation becomes a highly charged and dynamic system with a sensitive dependence on its environment. The viewer drawn to the space participates and becomes an active agent within the generative patterns of light and sound. The concept of emergence is central to the behavior of Spiratomic Space and arises from the way complex systems and patterns arise out of a multiplicity of relatively simple interactions. The form of Spiratomic Space is mathematically derived, combining the logarithmic spiral with the turbulent properties of airflow and fluid dynamics. The logarithmic spiral first described by Rene Descartes, has caused fascination for philosophers and mathematicians for centuries. It is characterized by a self-similar curvature observed in growth forms and natural phenomena, from the spiral arms of galaxies, the form of the human embryo and the nerves of our cornea to the spatial approach an insect makes when drawn to a light source. The ephemeral space-frame architecture is woven from electro-luminous fibres, parametrically designed and rooted in an understanding of sacred geometry. The installation uses the unique ArchiLace technique that fuses the practice of ancient crafts, advanced fibre technology, digital tools and architectural design. Spiratomic Space represents a re-orientation of spatial design towards a more networked, emergent and communicative state and is an ongoing exploration by the artists into flexible woven spaces becoming light-footed, responsive architectural dwellings of the future. 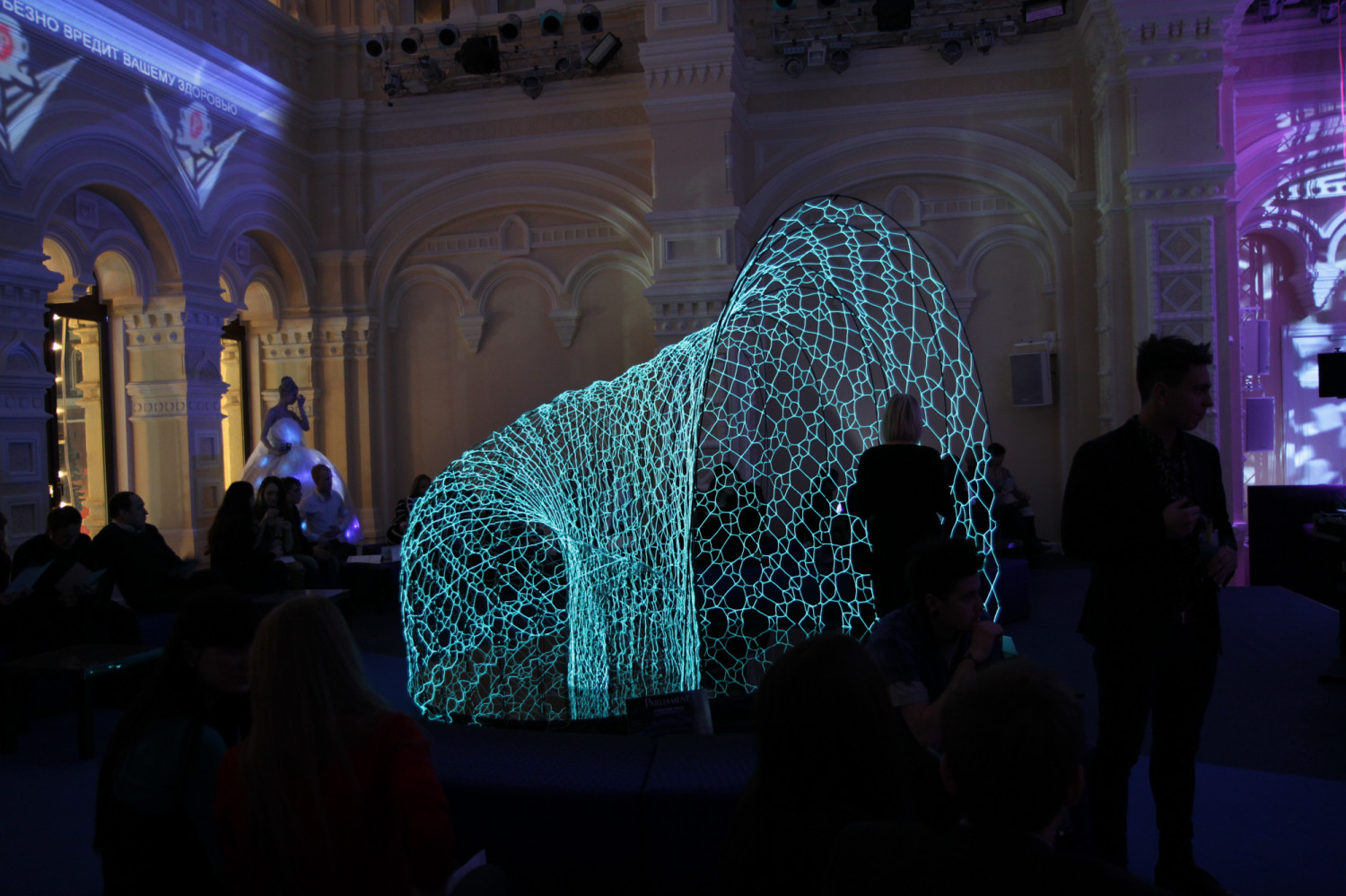 A generative, emergent light and sound environment with a luminous and responsive growth