Waste Not Want It

Design studio Loop.pH’s ‘Faraday Curtain’ is made from hundreds of metres of discarded electrical cable, stripped of its inner core and conductive shielding and rethreaded into an intricately laced textile mesh. The resultant ephemeral textile enclosure provides a soft and sheer shielding from electro magnetic fields.

Loop.pH worked with a team of lace-makers to develop a methodology to work with this non-standard material. Lacemaking is a highly complex and computational method of manipulating many fibres into a cloth and is a dying textile tradition in the UK. Ironically lacemaking and weaving fibres can be described as the precursor to the modern day computer as it was the logic of the Jacquard loom that inspired Charles Babbage in the early 19th century.

This work focuses on some unintentional by-products electronic technologies have surrounded us with: incidental soundscapes and electromagnetic fields. As both are invisible they tend not to be considered within the design process and also the day-to-day experience of much of the built environment and workplace. 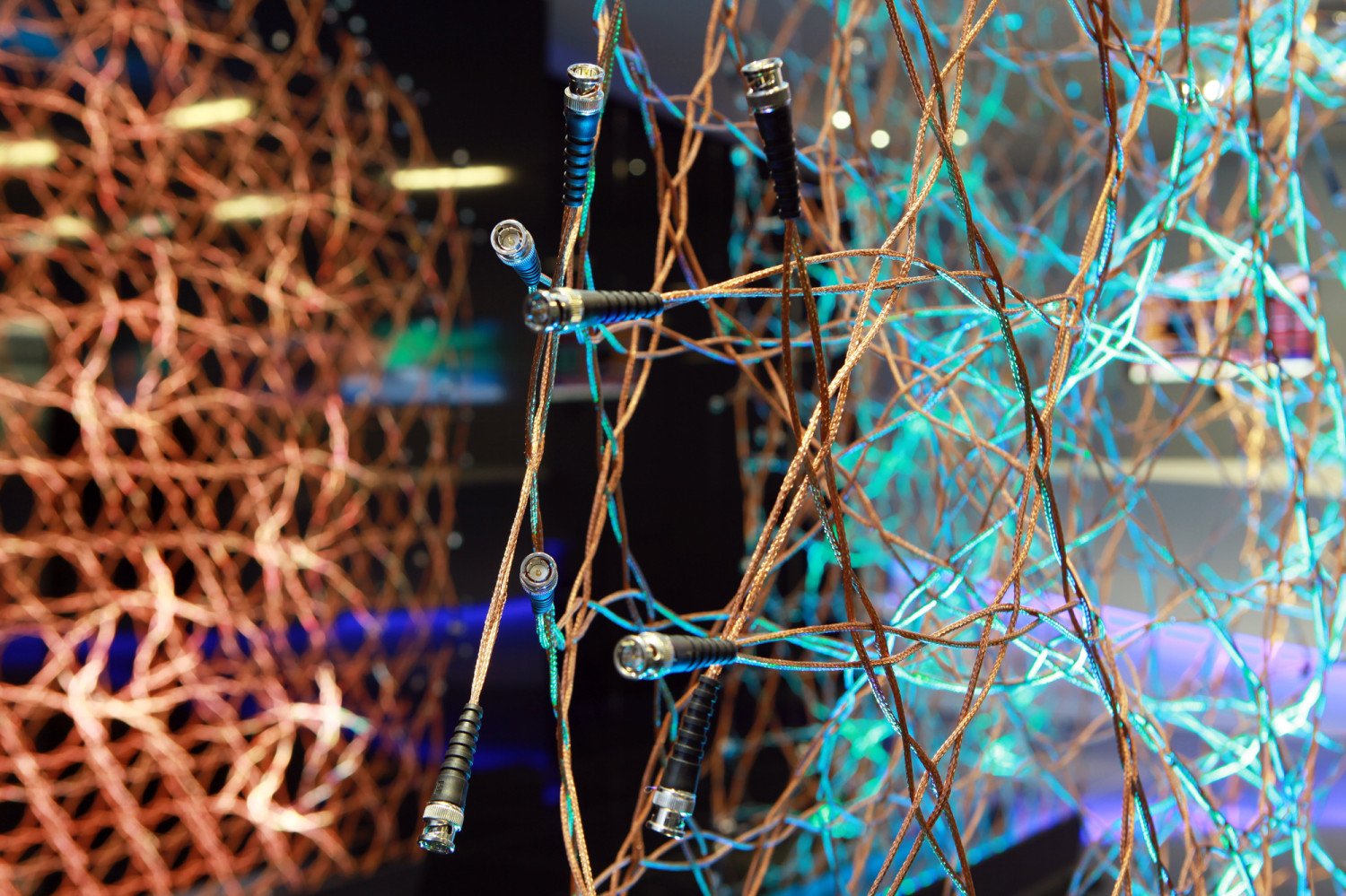 The calm and tranquil sculptural space provided by the ‘Faraday Curtain’ is an opportunity to surrender electronic devices and mobile phones for a few brief moments, as inside the curtain internet access will cease to connect.

Presented as part of the London Design Festival 2011.