The Wind Report is part of a series of commissions by Bloomberg curated by Arts Co called ‘Waste Not Want It’. Bloomberg provides a platform for some of the world’s most dynamic artists and designers through the commission of furniture and art installations in the heart of Bloomberg’s London and Paris offices.

The studio was first commissioned in 2011 for the London office where we manipulated shielding cable into a Faraday Curtain, creating a space within the office shielded from electromagnetic waves, where mobile phone signals and access to the internet was broken. The Faraday Curtain is now in the Bloomberg Art Collection 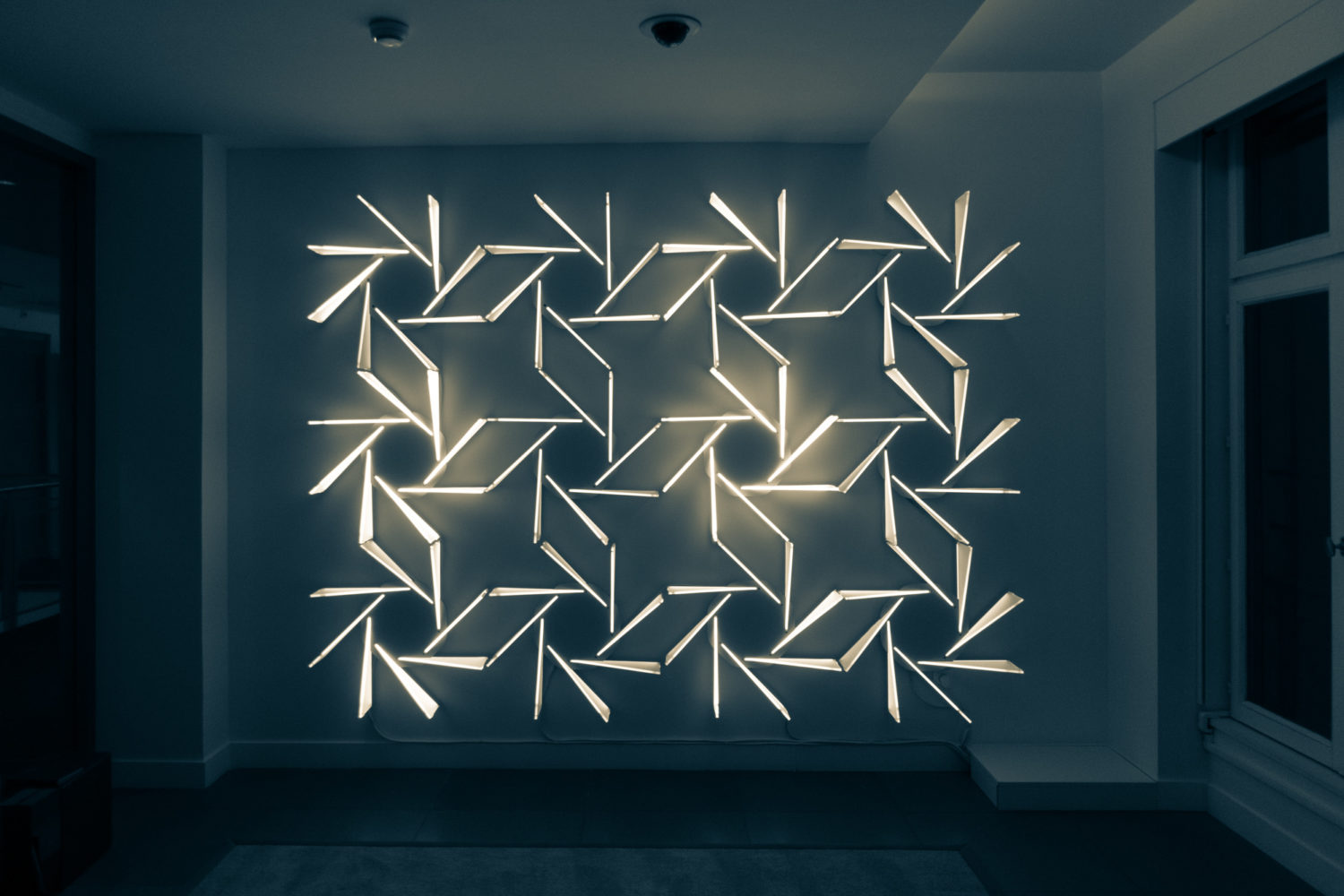 Following the success of the Faraday Curtain the studio was commissioned once more to create a site specific light installation called the Wind Report in the Paris Bloomberg office using broken and out of date computer screens. We repurposed CCFL light tubes, perspex screens and optical films found within the monitors of the Bloomberg recycling facility. All electrical components and monitor parts were disassembled and reconfigured to display a different type of ambient data in a patterned wind rose formation.