Mind Pilot is a new project by Loop.pH commissioned by Ameena M. McConnell, Curator at Large of the Design Museum London. It was conceived by founder and art director Rachel Wingfield, who has spent the past decade exploring the future of health and wellbeing in the city with immersive experiences.

A mind powered airship took to the air in the Design Museum’s atrium for 8 days during the London Design Festival 2018. Visitors to the museum were given the opportunity to pilot the huge airship using just the power and focus of their minds whilst being guided through a VR meditation program.

Each visitor was individually connected to a series of biometric monitoring devices, detecting their general state of wellbeing. It measured heart rate, respiration and brain activity, which in turn controlled the robotics that allowed the balloon to soar.

The installation explored an inclusive future where people with varying physical abilities can use thought to control and operate the flight of aircraft and other vehicles. 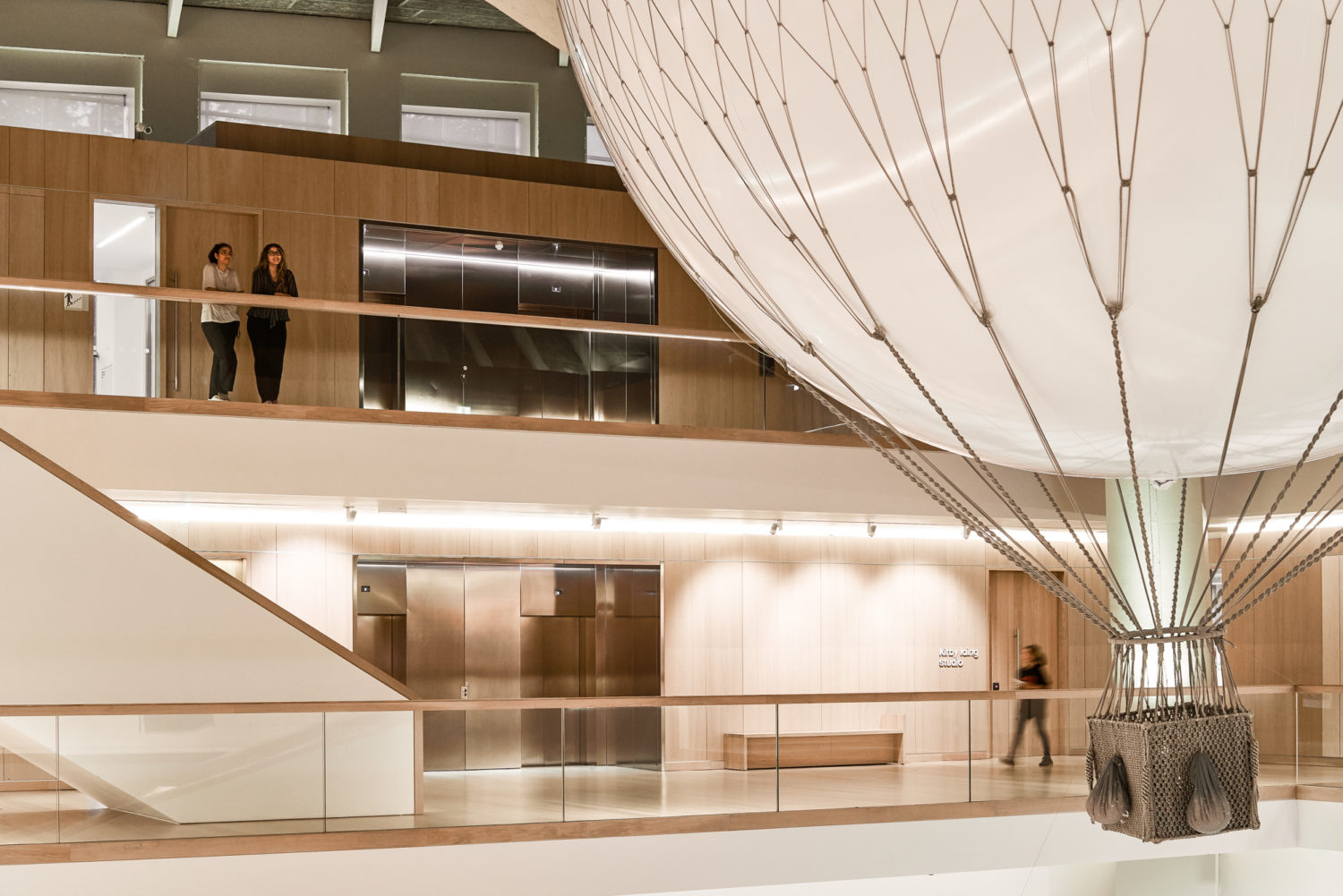 Mind Pilot is a digitally operated airship, piloted by a single visitor who controls its movement through space with the power of thought, rest and relaxation techniques. Visitors were provided with VR headsets that allowed them to experience flight, following a guided meditation whilst physically suspended in an aerial yoga harness.

The huge 7m balloon was filled with air and helium for the duration of the show and inflated a bespoke hand woven diamond net. The net referenced early balloon designs of the 18C and provided the tethering points for the complex rigging. The airship was able to fly in multiple directions through a series of cables held by digitally controlled winches that receive signals from the pilots biometric data. The project was a world first in concept, engineering and experiential delivery and suggests a not too distant future where robotics interface with the human mind.

“I wish the Montgolfier Brothers, who invented the first hot air balloon, in the 1700s, could visit the Design Museum in London today so they could watch people piloting their 235-year-old invention with their minds.”  Jesus Diaz 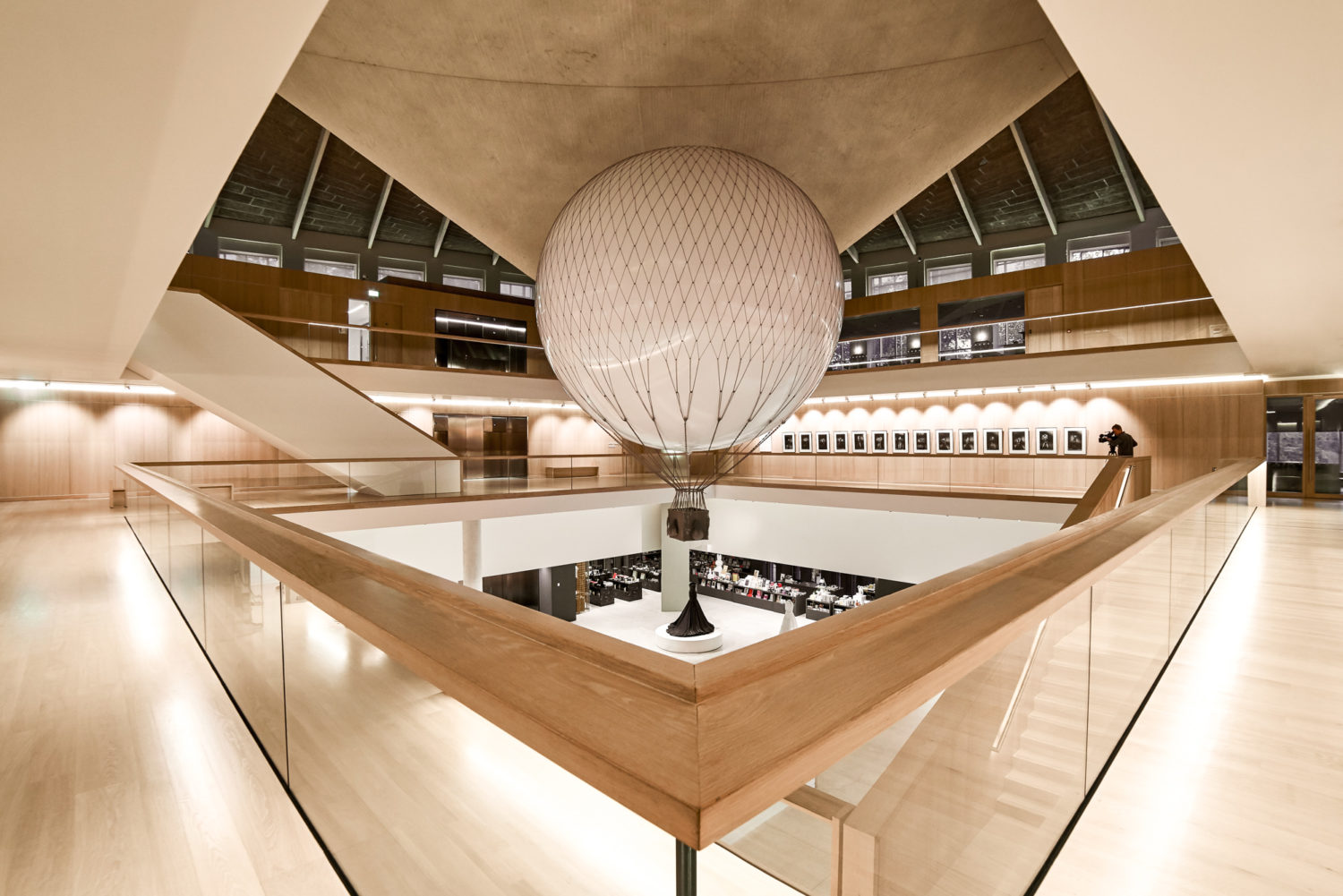 The installation references Neurofeedback Therapy, Mind Machines and Brain Entrainment to help visitors learn about and control their stress levels in response to situations. The pilots are given biometric feedback so they could eventually gain more control over their states and how they think and feel in everyday situations. Mind machines and brain entrainment devices have been developed since the late 17C and induce states of consciousness usually associated with meditation and shamanic exploration.

“I wanted to bring meditation practices into the museum for visitors to experience. Transcendental Meditation is a method for relaxation, stress reduction, and self-development” – Rachel Wingfield