Vel02 is a spectacular installation of light that celebrates the link between active and healthy cities, launched in Taipei in 2016.

A dynamic light commission activated at speed by participants and staged during Velo-City Global 2016, the world’s most important cycling conference hosted in Taipei.

VelO2 by Loop.pH, draws attention to the importance of active lifestyles and air quality in building sustainable smart cities. 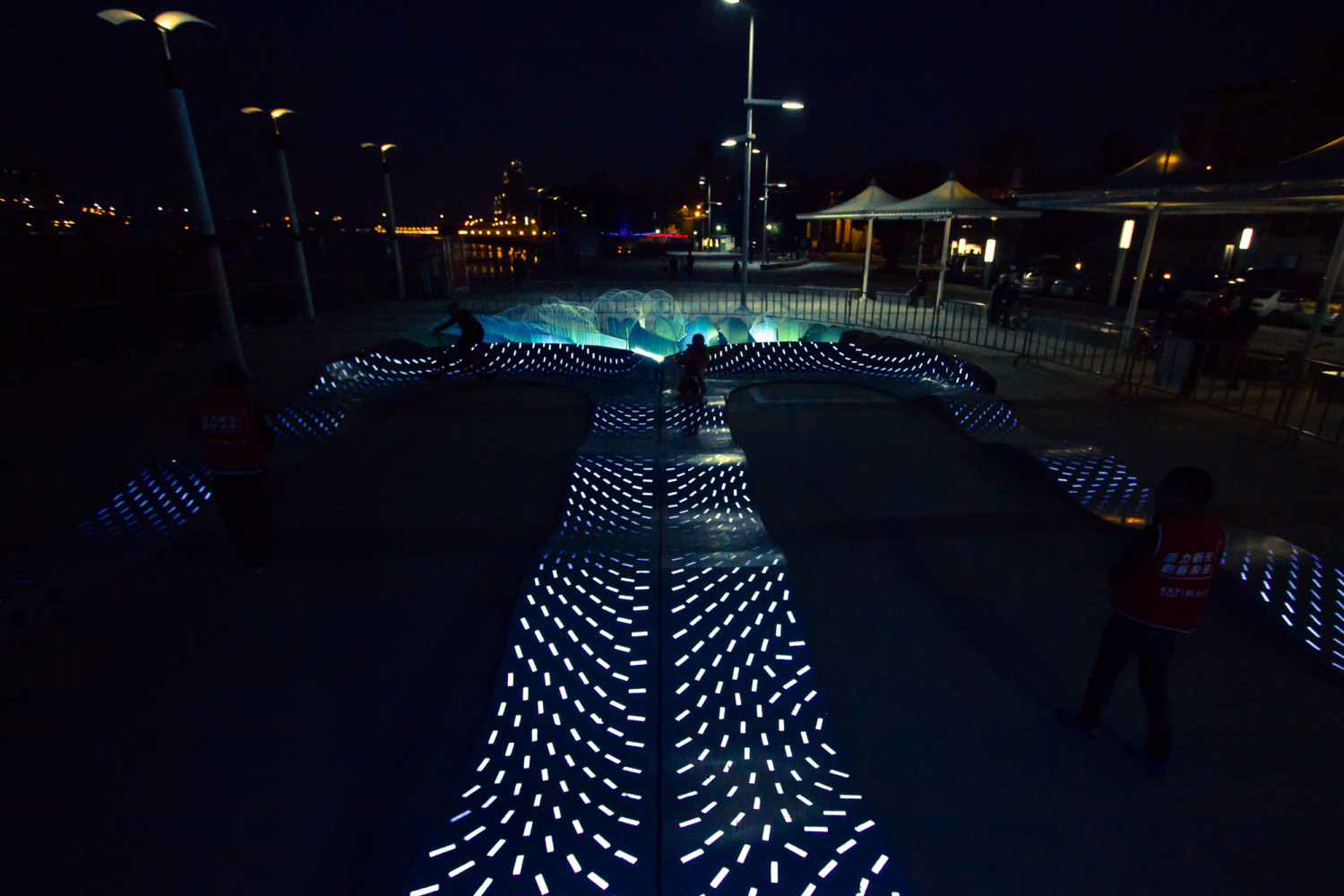 Fleeting trails of light are created as participants physically interact with the installation through cycling at speed. The light visually communicates local air quality with dynamic branching structures reminiscent of trees and the tubular networks in our lungs. The installation uses an advanced air quality sensor provided by Change London to collect the fluctuating live data that measures six different air pollutants from three gasses and three different particle sizes. It then translated the live data from the sensor into seven different breathing rhythms and colours of light, passing from green to a dark red for dangerous levels of pollutants and creating a kind of warning system based on the international standard Air Quality Index.

VelO2 draws on the field of aerodynamics, the study of air in motion, to communicate the dynamic and borderless nature of our planet’s fragile atmosphere. On top of the tree like structure is a network of ephemeral tunnels that move gently with the breeze.

Visitors to the installation are provided with bikes to try out the tracks as we hoped that encouraging citizens to take up cycling in a fun and social environment could help Taiwan tackle its air pollution issues. 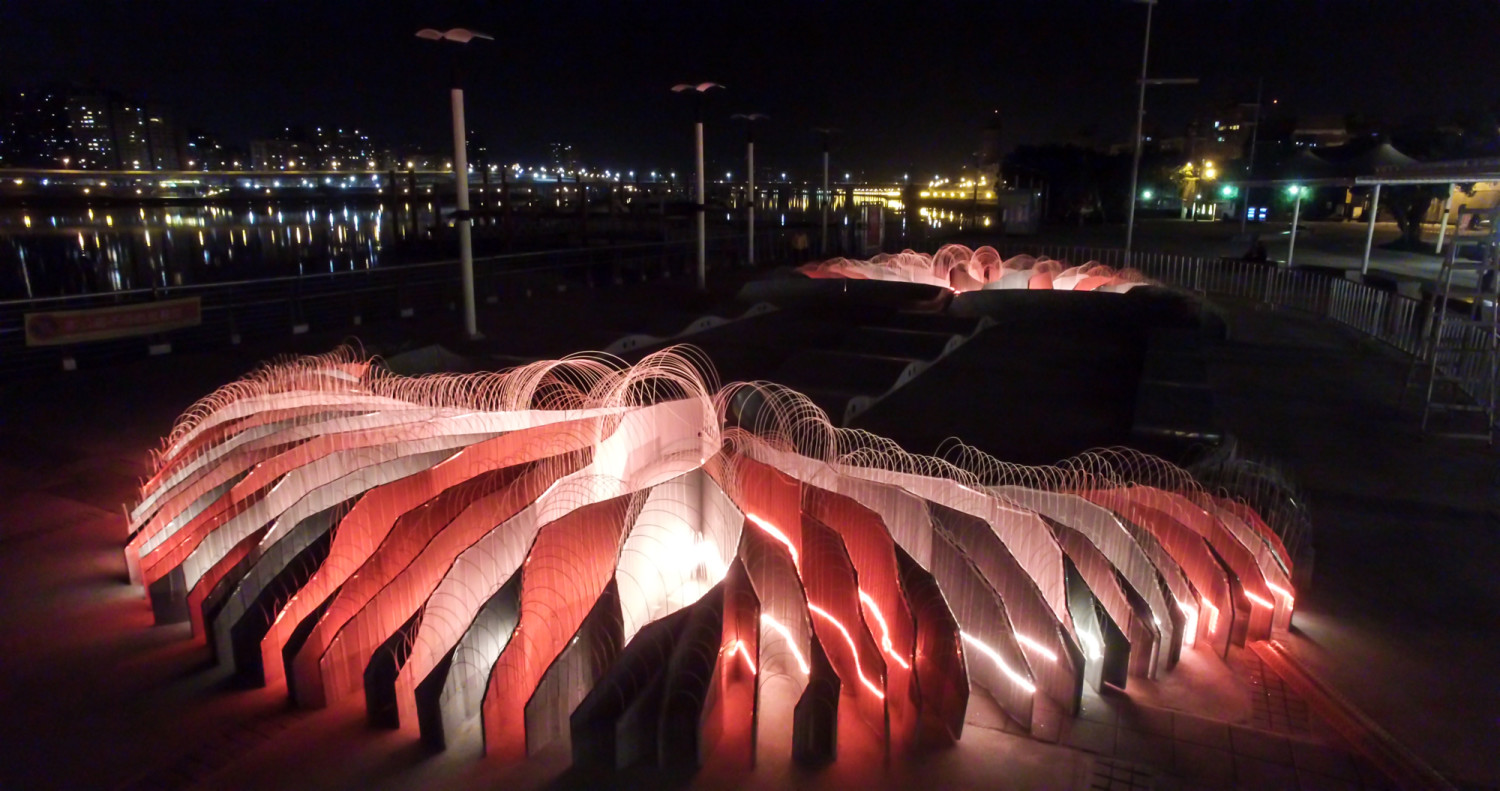 Air pollution is a huge problem in Taipei, as lung cancer has increased 2.3 times and asthma in children has doubled in the last two decades. Densely populated by motor vehicles, schemes to adopt cleaner modes of urban mobility are essential.

Living with air pollution has become a reality for millions of people around the world, and latest research from the World Health Organisation describes the situation as a ‘public health emergency’, causing 3.3 million premature deaths across the globe every year. A combination of transport fumes and toxic gases from chemical industrial processes have contributed to the significant rise in air pollution, leaving approximately 7 out of 8 of the urban population living in cities where air pollution is higher than the levels WHO recommends.

As well as causing localised environmental effects, air pollution can travel long distances, and plays an important role in the earth’s atmospheric circulation, contributing to the global weather system. This highlights that air pollution is not just an environmental issue, but a political one too. 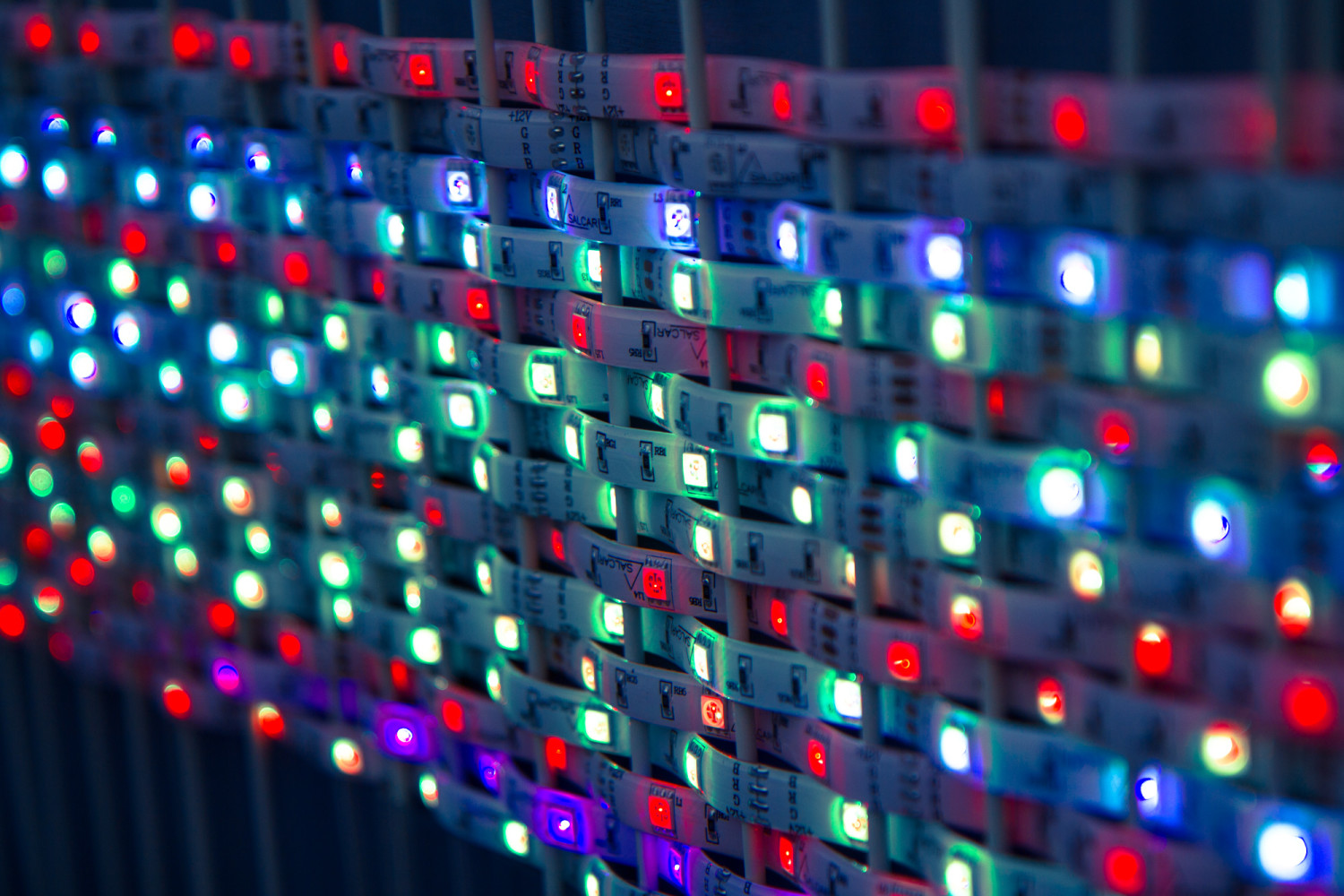 Cynthia Wu, Director of Shin Kong Life says ‘Shin Kong means bright light in mandarin and as a company we wanted to celebrate this, but equally the role of healthy and active light in our lives. This light installation concretizes the connection between air pollution and quality of light, and promotes cycling as a healthy and sustainable way of living, a value dear to Shin Kong. Vel02 allows us to share and create with people a fun event which also addresses a serious environmental issue.’

Mayor Ko Wen-je of Taipei acknowledges that ‘cycling embodies the spirit of sustainable living’. He believes the existing public bike infrastructure in Taipei is satisfactory, but there is always room for improvement. He continues to promote sustainable and active living taking the lead by cycling regularly. 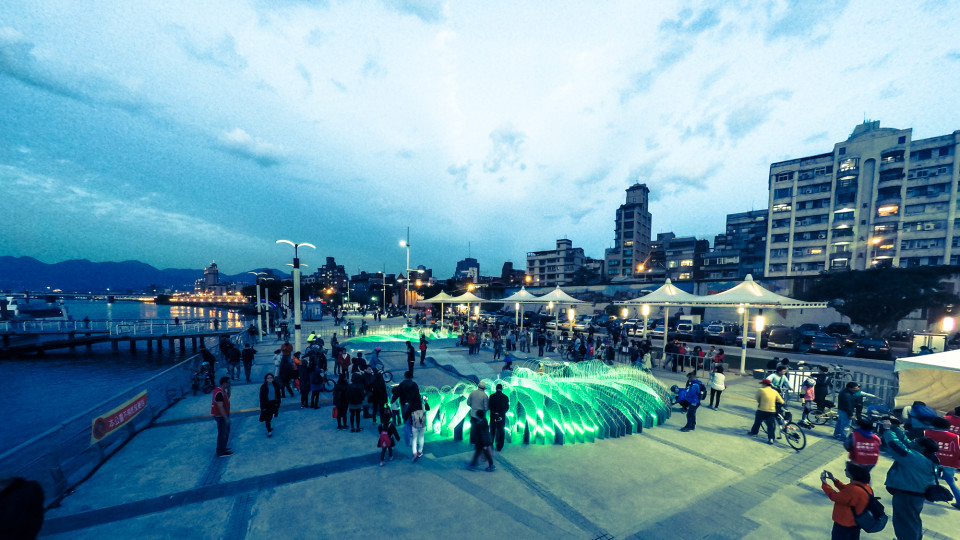 The project, commissioned by the Shin Kong Life insurance company introduced Loop.pH to Taiwan’s Minister of Environment to discuss the next phase of the project in Taiwan. Not only will the project repeat in other Cities but the installation in Taipei leaves a legacy behind as the cycling track was donated to a local children’s project at the close of the installation on 6 March.

VelO2 is a public engagement initiative that advocates clean, healthy cities and will be repeated in other locations, following the launch in Taipei. Please get in touch if you are interested in hosting VelO2 in your City.